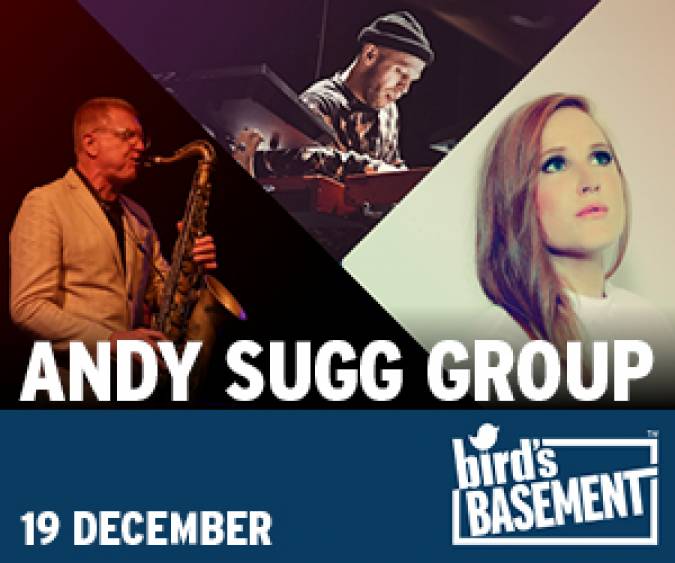 Melbourne saxophonist Andy Sugg is something of a musician’s musician : held in high regard by his peers at home and abroad, but not necessarily well-recognised among the wider public in his home town. So it was pleasing to see him attract a large and appreciative audience for this debut appearance at Bird’s Basement. It helped that his band was augmented by two very special guests, who happened to be in town for a brief visit : Andy’s daughter, Kate Kelsey-Sugg, and her partner, Brett Williams. Kate has been based in New York for the last few years, and is starting to make some inroads as a vocalist and songwriter in the r&b/pop areas, while Brett is a very gifted pianist who tours regularly with Marcus Miller, and has been working with Kate on her songwriting and arrangements.

He mentioned that he couldn’t play two sets without including something by John Coltrane, and offered a superb version of ‘Wise One’.

Kate presented some attractive original songs, either with the band or in duo with Brett. With a touch of luck, you could imagine her catching on the way someone like Norah Jones did, a few years ago.

The pianist shone in a trio feature, as well as in his interactions with the two Suggs. His chops were not in doubt, but nor were they on display : each solo was a thoughtful variation of the composition at hand. I was left with the feeling I would definitely like to hear more of his work. Maybe if he returns some day as part of Marcus Miller’s band?