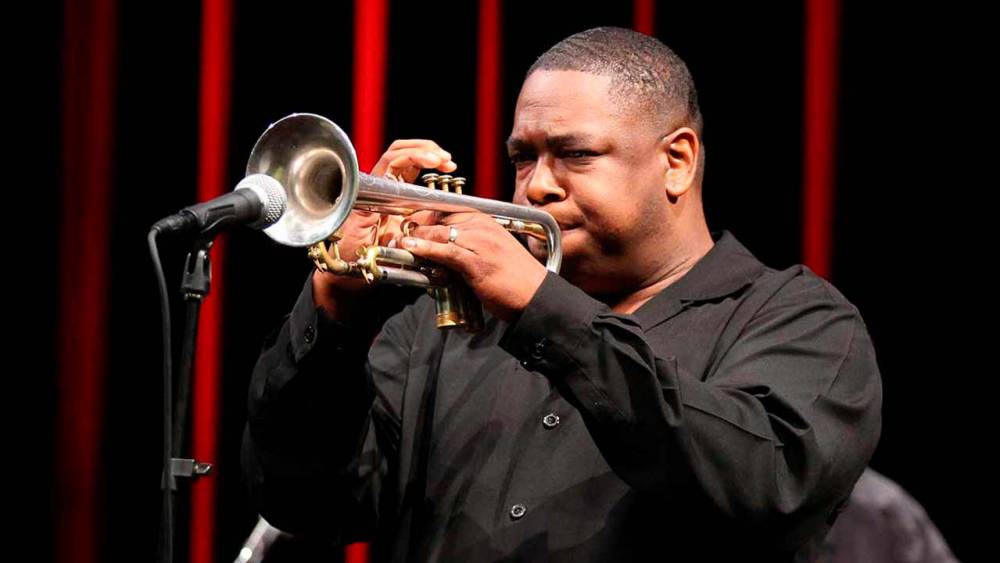 The career or jazz giant and innovator, John Birks ‘Dizzy’ Gillespie, came to an end with his passing in 1993. But his music lives on in an assortment of official legacy bands, authorised by his widow Lorraine, and featuring musicians who worked with him for many years.

The Afro-Cuban Experience is normally led by John Lee, but recent back surgery prevented him from touring this month, so Santi Di Briano took over as bassist, with drummer Tommy Campbell taking over as bandleader and MC.

The night got off to a flying start with a surging version of ‘Toccata’, where Hendrix made it clear that he is more than capable of the challenge of filling Dizzy’s shoes in this band. Throughout the night, he occasionally played a phrase that had surely been borrowed from Dizzy. But he played his own ideas, with a strong sound and range, and a flair for musical drama that never went over the top.

Cassity’s solos perhaps didn’t reach the same levels of excitement, but were consistently assured and tasteful. For me, the revelation of the night was Mateus’ performance. A Brazilian who has lived in New York since 2012, she had a distinctive style (similar in some ways to another US-based Brazilian, Eliane Elias), a commanding technique, and no shortage of interesting ideas.

Her appealing vocals, in Portugese, were also featured on several songs, in a program that was weighted towards the bossa nova phase of Dizzy’s recorded output.

I can’t review this night without commenting on Tommy Campbell’s drum solo. It’s a set piece that he has developed and stayed with over the years, for good reason : it features some brilliant musicianship (especially the passage where HE is the drum, his lightning-fast hands drumming on his chest and thighs), and a simply hilarious passage involving the use of squeaking rubber toys, of different size (and therefore pitch).

If I were to find anything to grumble about, it would be the absence of a few favourite Gillespie compositions from the set list, like ‘Con Alma’, ‘Tanga’ and ‘Manteca’. But maybe they will be performed tonight, or in the following three shows at Bird’s Basement. And numbers like ‘Toccata’, ‘Tin Tin Deo’ and ‘Fiesta Mojo’ made clear that the link between Dizzy and this legacy band is a strong and valuable one.