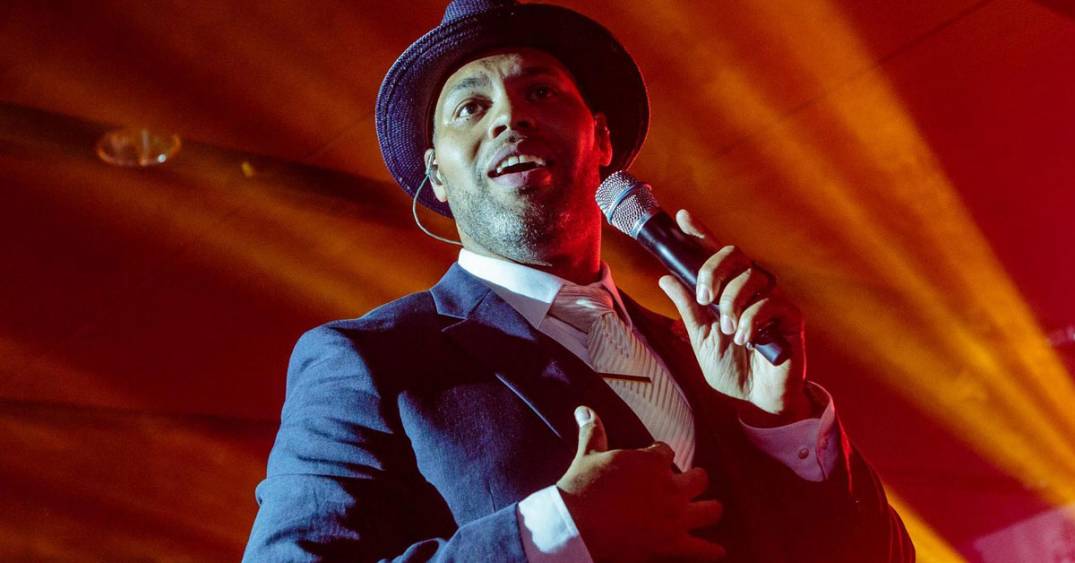 Not many international stars would tell their audience, as Eric Roberson cheerfully did at Bird’s Basement last night : “I am aware that I have some fans here tonight who have been waiting for years to see me perform. But I believe that most of you out there have no idea who the hell I am!”

I will confess to having asked ‘Eric who?” when his tour was announced. It didn’t take much research to learn that he is a highly respected singer, songwriter and producer in the contemporary R&B genre, who has earned two Grammy nominations, released a long list of successful albums on his own label, and is seen as a headline artist in the States.

He lived up to that handsome reputation from the outset, taking centre stage a couple of minutes after his band had set the scene for his arrival. He displayed effortless vocal mastery as he soared above the groove laid down by the band (keyboardist Aaron Hardin, guitarist Ian Macaulay, bassist James Bratten Jr and drummer Mark Thomas) and two backing vocalists (Jeffrey Murrell and Maurice Macklin), whose singing and body language told Roberson, “I’m right here behind you, bro!”.

Some artists like to demand the audience’s attention, by hitting them in the face with excessive volume. But Roberson and his band were content to operate at a moderate volume, to persuade the audience to be part of the conversation. It was a credit to their musicianship (and Pete Camilleri’s skills at the mixing desk) that while relatively moderate in volume, the sound was full and sharply defined.

Roberson had no trouble getting the audience onside, thanks to his superior vocal skills, but also his relaxed and unpretentious anecdotes between songs. He even sang a more or less ad-libbed song about life on the road, and the charms of Melbourne. The man knows how to make friends, doesn’t he?