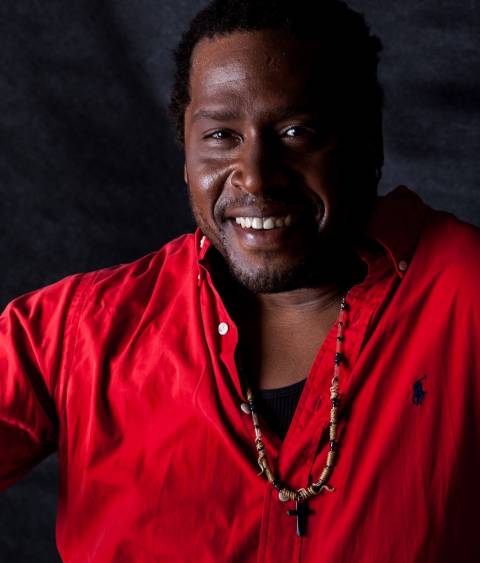 I’m a big fan of Freddy Cole, a singer and pianist whose subtle artistry is widely admired, yet should be even more widely admired, in my opinion. So I was very disappointed to hear just last week that a chest infection would prevent the 87-year old from travelling to Australia for a return engagement at Bird’s Basement.

But one door closes, another opens. Freddy Cole’s son, Lionel, is an accomplished singer, pianist and songwriter in his own right. Since he toured Australia with Rickie Lee Jones in 2010, he has divided his time between homes in Los Angeles and Sydney. So, just as he deputised for his father when illness forced him to cancel a performance at the Portland Jazz Festival last week, Lionel was available to fill in for Freddy at Bird’s Basement this week.

I was aware that Freddy had a son who was an accomplished musician but had not heard much of him before this week. The first thing that struck me was that, while there is an unmistakable similarity between Nat’s voice and Freddy’s, that familiar Cole timbre was not passed on to Lionel. His is a deeper, cleaner and stronger instrument. In fact, on some of the ballads (particularly on ‘Unforgettable’), his tone and phrasing evoked memories of a very different jazz singer to the Coles, Billy Eckstine. He extensively scatted (to my knowledge, not a technique ever used by Nat or Freddy) on ‘Polka Dots And Moonbeams’. Towards the end of the night, his arrangement of ‘Yesterday’ even incorporated an unexpected burst of falsetto vocalising.

His piano playing was not at the same level as Nat’s or Freddy’s, but he was no slouch. As with his singing, he was clearly having a great time: for example, on ‘Straighten Up And Fly Right’, he hit a couple of wrong notes, but let out a loud laugh, and continued his solo without a care.

I suppose that the essential Cole gene that survives in Lionel is the warmth of his personality, the unforced manner in which he communicates with his audience, and lets them know that he is having an absolutely wonderful time on stage. That applies to his between-songs comments, as much as to his actual performance.

Lionel was joined by his father’s regular sidemen: guitarist Sam Raderman, bassist Elias Bailey and drummer Jay Sawyer. They impressed as a supple, swinging trio, on whom Lionel could rely for complete support. A nice touch came when Lionel coaxed the venue’s owner, Albert Dadon (aka Albare) into taking over the guitar stool, to add some tasteful comments behind the vocal lines of  ‘My Funny Valentine’.

The night’s repertoire was largely chosen and arranged by Freddy, as a program to celebrate the centenary of Nat’s birth. So many of the most famous Nat Cole hits were heard (including ‘Nature  Boy’, ‘L.O.V.E.’, and so on).

But Lionel also took a few detours from the Nat Cole repertoire, with his own take on more recent hits such as ‘Bad Bad Leroy Brown’ and ‘What’s Going On’. Finally, to wrap things up, he turned to what became Freddy Cole’s signature song many years ago, ’I’m Not My Brother, I’m Me’. Of course, Lionel played around with the lyrics, making it an acknowledgement of father and uncle (and cousin Natalie, too).