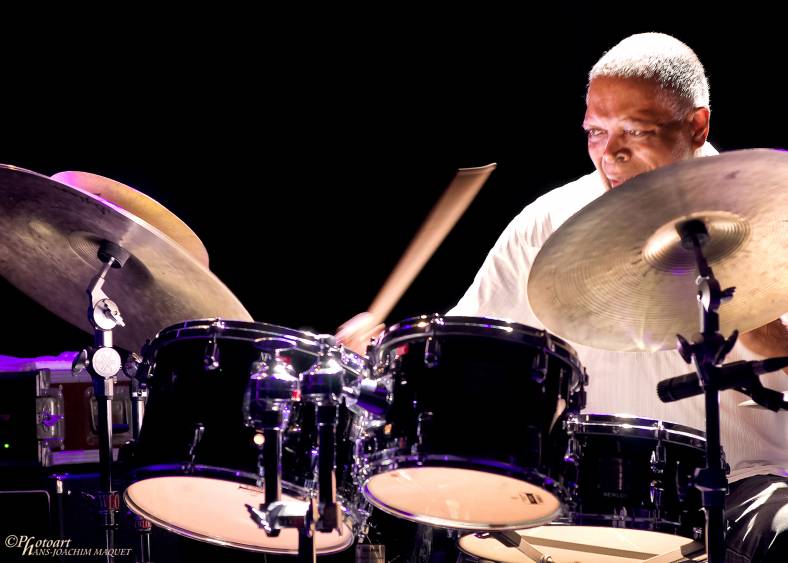 The Cookers play jazz that epitomizes what I think of as the New York sound : robust, uncompromising music that oozes a deep understanding of the jazz tradition, played with authority, passion and the highest levels of musicianship.

You will often see all-star bands assembled to play at a festival or concert, and they can be very enjoyable, but you can’t help noticing the missing ingredient. That is the understanding that grows within a band, on the bandstand. And that vital ingredient is at the core of The Cookers’ appeal. They have been recording and touring regularly since 2007, developing an understanding of each other’s playing, getting to know their repertoire inside out.

The front-line includes two elite veterans in Billy Harper (tenor sax) and Eddie Henderson (trumpet), along with an accomplished trumpeter in David Weiss, who is the band’s nominal leader and spokesman. In the rhythm section, the great Billy Hart (drums) was joined by Santi Debriani (bass) and Stephen Scott (piano). Debriani was in fact depping for the band’s usual bassist, Cecil McBee ; to his credit, this was never an issue.  He was in sync with Hart and Scott throughout the night, and also contributed a couple of impressive solos.

Scott was also a dep, though not a newcomer to the band ; I believe he is the first-choice backup when the regular pianist, George Cables is unavailable, which has too often been the case in recent years. I remember thinking of him as a pianist with great potential when his first records came out in the early ‘90s. He has certainly realised that potential, as he showed with a number of extended solos here : expansive, imaginative excursions that always maintained a hard-swinging momentum.

The front-line players combined seamlessly to present the melody of each number (most of them written by members of the band, including the absent McBee, but there were also numbers by other jazz artists, like Harold Mabern and Freddie Hubbard), before taking turns in the spotlight with expansive, searching solos.  Weiss played several strong solos, displaying both taste and technique. Just as well, as he was sharing the stage with Henderson. Every solo from the latter displayed his powerful chops and rich sound, allied to the rare ability to bypass unnecessary flourishes and grandstanding.

Speaking of eliminating verbosity, Harper did just that, even in his longest solos. His steely tone and majestic phrasing made for absorbing listening.

I have left mention of Billy Hart til last, because for mine, his playing is what elevates The Cookers from a very good band to a great one. This music is meant to be played at maximum intensity, and Hart makes sure of that, continually snapping at each soloist’s heels, and continually finding different ways to do so : an insistent snare drum pattern behind Scott, relentless use of the crash cymbal behind Harper, and so on. And each set featured an extended drum solo that confirmed Hart’s place in the top echelon of jazz drummers. His technique is first-rate, but his solos were all about rhythm and texture and space, and using these elements to tell a dramatic story.

The Cookers will be here until Sunday night. If you want to hear first-rate New York jazz, don't mss them.