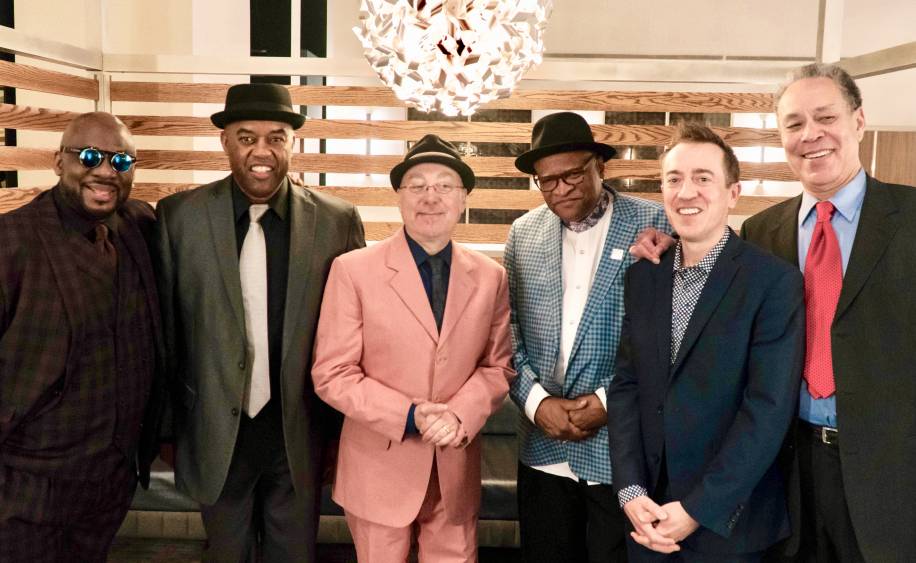 One of the ironies of today's jazz scene is that a music that was dominated by an impetus for innovation, evolution, and the absorption of new influences and techniques as it hurtled through its first 70-odd years, is now in many ways dominated by a curatorial, backward-looking approach.

Artists are forever being urged by recording labels and major festivals to put their own musical ideas on hold, while they record / tour a tribute to Miles, Coltrane, Billie, Louis or whoever else is deemed a safe marketing bet.

And when the greats depart for the great jam session in the sky, we sometimes don't want to let them go so easily. Hence the proliferation of 'ghost bands' (eg a Count Basie Orchestra that by now is unlikely to include more than one or two musicians who ever played with Basie), and 'legacy bands' (usually formed with the approval and permission of the late artist's estate).

Very few do justice to their namesake's proud legacy as well as The Messenger Legacy band, led by drummer Ralph Peterson. Obviously, Peterson was never a regular member of the band led by drumming legend, Art Blakey. But he was mentored by Blakey when he arrived on the New York scene in the 1980s, and was chosen to deputise for Blakey on the rare occasions when illness forced him to miss a gig.

The other members of this band were all members of Art Blakey's Jazz Messengers for several years through the 1970s and '80s. I refer to alto saxophonist Bobby Watson, tenor saxophonist Bill Peirce, trumpeter Brian Lynch, pianist Geoffrey Keezer and bassist Essiet Essiet.

They formed a band that sounded every bit as tight, as on-the-money for the sudden crescendos and diminuendos that Blakey always loved to cue, as the renowned Jazz Messengers ever did with Blakey at the helm.

The band powered through such Messengers classics as 'Along Came Betty', 'Blues March' and 'In Case You Missed It'. Bobby Watson was always one of the most exciting, fiery altoists in the business. It's fair to say that the march of time is starting to slow him down a little, but he still raised the temperature whenever it was his turn to solo.

Pierce was less urgent in his sound and attack, but his solos were admirably paced and persuasive, with his ballad feature on 'My One And Only Love' being an especially satisfying display of his superb musicianship.

Keezer shone in every solo, but especially when he was featured for a very smart arrangement of a standard you don't often hear these days, 'That Old Feeling'. The arrangement relied on a sudden segue from florid balladeering to a slinky, loping groove. The pianist was having a great time, whether playing intricate lines in unison, or conducting a private conversation, with call-and-response phrases from left hand then right.

Essiet swung hard all night (of course) and weighed in with some nimble solos. As for Peterson, he kept the soloists on their toes throughout, and excelled with an exciting rendition of Blakey's most famous recorded solo, on 'Caravan'.

If you enjoy the excitement and high standards of musicianship that are integral to the hard bop sound, don't miss this band. You won't hear any other do it quite this well.